Almost everyone I know has a touch screen cell phone.  I don't even have a cell phone.  We are still making and receiving calls on a land-line.  I did have a cell phone for a while, but I just couldn't justify the cost of having both and since I used my cellphone so little, I let it go.  If I could find a very inexpensive family type plan, I might switch from land-line to cell phones, but I won't do both.
We have 4 TVs, only one is a flat screen HD unit.  We would love to replace the others, but just can't justify the cost when the ones we have work just fine.
I thought I was big stuff when I bought my Kindle a couple of years ago before my cross country train trip.  It's a pretty plain Jane model but it does have a keyboard, so I can take notes.  I never have.
My camera is a Canon point and shoot digital camera.  Pretty snazzy.  I even know how to download to the computer and upload to Facebook and Ravelry and this blog.  I have a photo editing software on my computer and have learned how to crop and resize my photos.  I'm sure I can do more, but---
Penny and I were talking about having music while we walked the dog and were reminiscing about the good old days and transistor radios.  Now, that was hi-tech back in the covered wagon days when we were in high school.  I was pretty sure what we needed is an MP3 player.  So I started searching for something that would do what we want.  They're out there!  Lots of them!  From about $10 to as much as you want to pay.  Brands I' ve never heard of  to IPods.  You can play music, watch movies- I can't watch movies and walk, that's like texting and driving.   Too confusing.
My granddaughter, Nicole, called today, so I asked her advice on what I need.  She said, "Sounds like what you want is the one I had in high school."  She said her Smart Phone does all that now, so she will send it to me when she gets home next week from visiting her dad.  Now I have to learn how to download I-Tunes and upload CDs to my computer so I can load them into the I-Pod when it comes.
Posted by cay at 2:44 PM 1 comment:

The fair is over for this year.  I went last Monday to pick up my items that were entered.  While on display they just have little stickers on the tags for the winners and you pick up the actual ribbons when you pick up your entries after the fair.


At some fairs that I have entered, they give you a score sheet so you know how you did in the different areas of judging.  In others, there is nothing.  This time, I had a comment from the judge written on the back of one of the tags  I did notice that the last couple of years, there is nothing to indicate the year.  Not on the ribbon or on the tag attached to the item.  So, I attach the tag to the ribbon and note the year, so I will know later what and when it was.  I have a plastic shoe box full of ribbons from over 30 years of entering.  Someday, my granddaughter will have to deal with that box.  It is kind of fun to get it out every now and again and see if I can even remember what the item was.  The last few years are better because I take pics and post here on my blog.
Posted by cay at 4:02 PM No comments:

CaysCrafts: Cane tote
Posted by cay at 9:36 PM No comments:

A couple of days ago, Poppy and I walked a few blocks to our little store. When we are walking I use a cane.  Mostly to keep me standing up straight which takes the pressure off my back. So, I have a cane in one hand and a dog leash in the other.  I start out with a poo bag and my ID in my pocket. The house keys are safety pinned to my shirt.  Once the dog has done her business, I'm now carrying the poo bag with the cane.  Who would want to put a full poo bag back in their pocket?  Yuk!
At the store I picked up a large can of dog food for her. Now, I have a small bag with a heavy object hanging from my cane. On the way home, this can kept swinging back and forth and in one particularly uneven section of the sidewalk, the can swung out and hit my cane, almost toppling me over. There must be a better way to do this.
Of course, when I got home, I Googled trying to find a crochet pattern for a tote for my cane.  I came up with nothing.  I found a couple of totes that said for canes, but they really looked like they would work on a crutch, not a cane.
So--I have been thinking about a way to make a tote bag to attach to my cane.  I'm thinking it needs 3 pockets.  A big one for whatever it is I want to buy, dog food, Pepsi, milk.  A small one to hold poo bags, empty on the way out and full on the way home, and one for my ID and keys.  I think I have figured out how to attach it to the cane to minimize the swinging and the danger that comes with that.
What do you think?  Could you or someone you know use this tote.  Please comment below and let me know what you think of this idea.
Posted by cay at 9:29 PM 3 comments:

The last couple of months have been busy!  Hence, no blogging.
Even after my disappointment in the fair last year, I missed entering in San Mateo this year, so--I went ahead and entered in the Stanislaus County Fair.  When I finally made up my mind to this, I only had a couple of days to get my entry form in.  What have I done in the last year that I still have in my possession?  Made a mental checklist, decided to make a couple of new items, and got my entry form done.  The items have to be taken to the fairgrounds this Friday, 7/6.  I guess the judging will be next week as the fair starts on 7/13.  I have five entries:
1) big bright bold potholder
2) crocodile stitch slouch beret made in fingering weight cashmere/merino marled yarn
3) doily, purple/plum #10 cotton
4) stole/shawl, my own design crocheted in FW soft cotton yarn
5) vest-pattern converted from DK  to FW Kraemer yarns Sterling Silk & Silver yarn, which is gorgeous!
Our CGOA chapter had a table at the San Mateo County Fair again this year.  Kitty, Peter and I were there on the last Sunday to answer questions and share our love of crochet with anyone who wanted to stop and chat.  He and others from the group were there both weekends.  We are just not a large enough group to be able to cover every day of the fair.  Hoping Andy can join us next year on the final Sunday as he is the only current member who speaks Spanish, and that day is Spanish Heritage Day.  Unfortunate for us, he had other commitments this year.
I was also commissioned to crochet a scarf which had a deadline.  It was a bit of a challenging pattern and had quite a bit of finish work.  But, I made the deadline.
Oh!  I almost forgot to tell you!  Probably the biggest consumer of our time for the last few weeks--we got a dog.  She's a rescue with kinda sad story.  Penny's sister-in-law works at a convalescent hospital on a very busy street.  They noticed this poor little black chihuahua running in and out of the traffic.  It finally came up to the door, and when someone opened the door, she came right in.  One of the ladies grabbed her up and took her in and gave her a good bath, apparently she was very dirty and smelly.  They didn't know what to do with her at the end of shift, so Cristy said she would talk to her husband (they already have 6 dogs, 3 large and 3 small).  She came out carrying the dog. Pete called us to tell us about it so Penny and I ran over to their house to see.  We came home, called our landlord to see if it would be ok to add a dog to our family.  He was fine with that.  So we went and picked her up.  We took her to the vet the next day to have her checked out.  No chip, good health, but has allergies that make her eyes all red.  The vet estimated that she is 3 to 4 years old, and that she was a couple of weeks pregnant.  He was wrong!  She had her pups less than 3 weeks later, so she was about 6 weeks pregnant. One pup died almost immediately, another died in less that 24 hours, and the 3rd pup died at 2 weeks old.  She was fat, growing, had just opened her eyes: was fine when we went to bed but was dead when Penny got up.  We are trying not to feel too guilty, because we don't know anything about Poppy's past.  We don't know how she was treated, how long she was loose on the streets.  The very least, she was woefully neglected.  Her poor little toenails were so long she had trouble standing up and she has had a shoulder injury sometime in the past.  She is settling in and she and the cats are tolerating each other.  She's a smart little thing and I think she's going to make a great addition to our little family.
I will post pics of the fair and the dog when I have a little more time.
Posted by cay at 1:27 PM 1 comment: 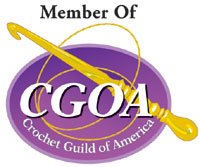